The Art of Being Real

When I joined Audience Research & Development (very!) green and fresh out of graduate school in 1982, the firm’s Managing Partner gave me one piece of advice. “Don’t ever mention that you trained as an actor,” he counseled. “Acting is pretending. Journalists are concerned with being real.”

I wish he’d been with me last Fall to watch actor Jeff Daniels hold a Broadway house spellbound pretending to be lawyer Atticus Finch, in Aaron Sorkin’s adaptation of Harper Lee’s To Kill A Mockingbird.

Everyone in the house knew they were watching Daniels. In fact, many had paid extra just to see Daniels – and they broke into applause at the first sight of him. Yet somehow, by the time the story ended, we had all forgotten the actor and were instead mesmerized by the choices and events confronting the attorney, Finch. Daniels was not the story. Finch was.

Anchoring is not acting, of course, but anchors and actors face the same fundamental challenges.

First, how do you communicate authentically in what are essentially inauthentic circumstances? A stage setting is a stylized and intentionally dramatized environment, but so is a studio setting. And talking to a camera is fundamentally inhuman, because the very ability to communicate at all evolved out of our ability to see and hear each other. You could, in fact, argue that having a conversation to a camera is less “real” even than acting, because actors can generally see and hear whoever they are talking to.

Anchors face the same challenge in even more challenging circumstances. Daniels’ audience, at least, comes to see and even concentrate on the story. News viewers generally watch newscasts with an ambivalent commitment in an environment full of distraction. It takes extraordinary communicators to consistently earn their attention and keep it.

Daniels is also helped by the fact that he is actually better prepared than many anchors. He deeply understands the story he is there to tell. News anchors are often reading something they’ve seen and studied only briefly, if at all. Many even routinely ask questions concocted by someone else, saving them the trouble of even paying any kind of real attention. In the process, they do exactly the thing my old boss warned against and a certain prominent politician tweets about. They pretend. They fake it.

We live and work now in a time when the demand for authenticity is greater than ever – especially from those generations that are growing up in a world where conversing on camera is a way of life for anyone that knows how to FaceTime. Acting is the study of authenticity – what it looks and sounds and feels like – and what actors like Jeff Daniels know about that has never been more relevant to the day in, day out work of anchoring the news in a way that is honest, compelling and real.

I wish I’d been smart enough to explain that to my boss – and my clients – those 30 years ago. We’ll work to make up a little for lost time in future posts here. In the meantime, I can recommend a ticket to To Kill A Mockingbird as a good professional investment for anyone interested in the study of honest, selfless, and compelling delivery of anything — fact or fiction.

It should be instructive for television news journalists, especially. 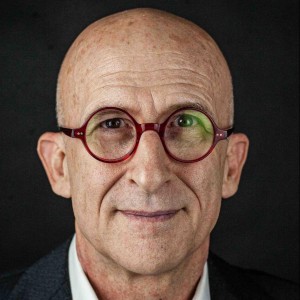